John is a high-energy enthusiastic character that brings a wealth of knowledge, experience, and love to Rehab1. A graduate from Dalhousie University's Physiotherapy School, John is the Founder and visionary at Rehab1. As a highly regarded Physiotherapist in the community and also in the Maritimes, John can be found treating clients ranging from high performance professional athletes to happy-go-lucky senior citizens, and every level in between. In addition to his rehabilitation work, John is the recipient of numerous academic achievements and leadership awards for his constant efforts in making the communities he is involved in a better place to be.

Since graduating from Dalhousie, he has been busy practicing in various private practice clinics, and has completed numerous post-graduate courses in active release technique (A.R.T.), advanced low back pain management, advanced manual therapy methods, Graston Technique, pains science, and therapeutic exercise prescription. John also worked at the Moncton Hospital from 2006-2010, which allowed him to gain experience treating a wide scope of injuries and varied clientele.

Aside from Physiotherapy, John has been an avid CrossFitter for over 9 years and is the Co-Founder and Former Head Coach of Maritime CrossFit. In his spare time, John can be found on the golf course with friends, practising yoga, or spending time with family. 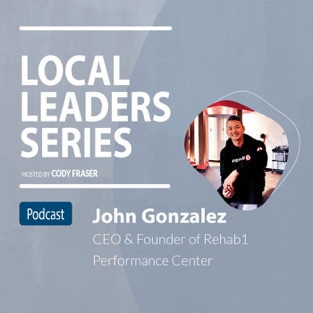